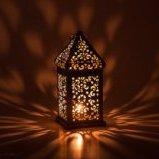 By Casablanca, July 26, 2017 in Carnaval Diabolique