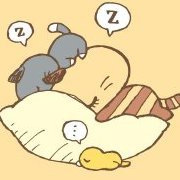 The Wrestler Onogawa Kisaburo Blowing Smoke at a One-Eyed Monster