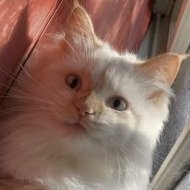 A Mirror of Spring Pleasures on Kites (2013)

By boomtownrat, February 14, 2013 in Lupercalia